How did he do it?

Just by buying and remodelling one property.

Here follows a step-by-step guide of what he did.

This way he makes sure that he gets increased value from improving the house and added value as the area becomes more sought after.

In this particular example Graham purchased a duplex and renovated it.

The information that follows is not revolutionary it is simple.

Let’s go through it step by step.

Let’s look at exactly what Graham does, how he finds his property, what he looks for in a property and how he renovates it.

These were very simple cosmetic renovations that anybody, certainly any contractor can do.

That home is now worth over a million dollars.

He bought the duplex for $585,000. He then spent approximately $65,000 doing some basic cosmetic upgrades and landscaping.

The interesting part about this deal is that the comparable property contained two rent controlled tenants who cannot be put out of their home for a long time to come.

Therefore, taking into consideration this and other comps in the area the property is worth at least $800,000.

He expects the place to be worth over 1 million dollars in the next 5 years.

He bases this estimate on his past experience and what he has seen from other areas and specifically all the construction and what is happening in this particular area.

His plan is to refinance the property and pull the equity out.

This equity is non taxable because it is treated as a loan and not as income.

He has a lot of fun doing this as a side gig. It satisfies his creative side because he can go in to the property and see how he can put his own stamp on a property and bring it to life.

So how does he do it?

The first part of his strategy is that he looks at areas that are next to other up and coming areas.

The duplex that he bought is in West Adams. He noticed adjacent Culver City was getting really expensive.

The reason he previously bought in Culver City was because he noticed adjacent Mar Vista getting very expensive.

Once he identified the area that he wanted to invest in he simply set up different apps and platforms like Zillow and realtor.com to send him notifications when properties became available in that area.

In this way he was able to scour the area and check out new properties that came online without spending too much time on the project.

He narrowed down his search to properties in his target area that were within a few blocks of the metro line running from downtown Los Angeles to the beach.

Clearly that train line will bring a lot of traffic to the areas it runs through as time goes on and as traffic worsens and more people choose to use the train.

Once he received his notifications he would check out the area on Google Street view and one important thing was that he would check for traffic lights.

He did not want to invest in in a street that had traffic lights. Why?

Basically it means a noisy street with through traffic which always kills the resale value.

It’s important for the property to be on a nice quiet street.

He also wanted to find a property that needed cosmetic work but the ‘bones’ of the house were ok.

He likes to focus on certain cosmetic improvements such as floors, paint, landscaping, kitchen, bathroom and other minor things.

He likes to focus on improvements and renovations to the point where you can get the full value out of the property for the area.

There is no need to go overboard with the fixtures and finishings but it’s good to go a little above and beyond the general quality in the area, he suggests.

This way you minimize any down time on the market and the extra expense pays for itself in the long run.

Landscaping is a small thing that makes a huge difference.

It’s important to choose a property in the first place, to invest in, that has a good floor plan.

He recommends a place that has a good basic structure that can be improved by the relatively inexpensive cosmetic renovations.

You don’t want somewhere that needs a major restructuring including a change of floor plan.

Hold out for the right property.

One that is otherwise perfect but that is maybe stuck in the 60s or 70s or just a little dated.

It took him 6 months to find the deal. Many others are looking for a similar deal.

It’s true that in this case he made a big chunk of money just by buying under value.

He bought for $585,000 knowing that the property was worth $650,00 but even if he had bought at the actual value he would still have made plenty just by fixing the property up.

So there are three different potential returns.

First, buying under value, second, increasing the value by fixing up the property and third, the increase in value that comes from the area becoming more desirable.

When you get all three returns then that is the gold standard.

He sees this kind of investing as almost zero risk because even if the market were to go down you will still not lose money.

He enjoys the challenge and the creativity.

Disclosure: Some of the links below are affiliate links, meaning, at no additional cost to you, we will earn a commission if you click through and make a purchase. However, we only recommend products and services we believe to be of high quality. 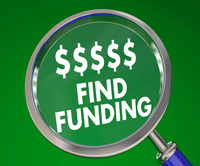